Kobe Bryant has played his final NBA game. After a 20 year career that included 5 NBA Championships, 33643 points – which is good enough for third in the all-time scorers list – and a serious amount of sneakers, the Black Mamba bowed out on April 13th 2016 with 60 points in a home victory of the Utah Jazz.

We at The Sports Marketing Playbook wanted to honour Kobe in TSMP style, so in tribute to his original jersey number, here are the top 8 Kobe Bryant commercials. 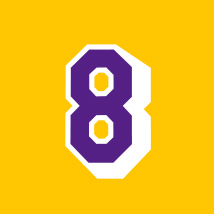 Kobe being Kobe when the hate parade began.

This is how we do it!

There’s a lot of old school Adidas on this list…

Did Kobe use to pass the ball?

There are so many reasons to love this commercial.

Back when it all began! #nostalgia

The Sports Marketing Playbook | Approach Your Career Like An Athlete